SYDNEY, Dec. 22, 2022 /PRNewswire/ -- Actinogen Medical Limited (ASX: ACW) is pleased to announce receipt today of agreement from the US Food and Drug Administration (FDA) to proceed with its six-month, Phase 2b, placebo-controlled clinical trial of Xanamem in patients with early stages of Alzheimer's Disease (AD).

This agreement comes in the context of the Company recently updating its FDA Investigational New Drug (IND) dossier with new nonclinical and clinical information to support the trial protocol.

The planned Phase 2b trial will enrol 330 patients with mild AD and progressive disease, using clinical criteria and confirmed by an elevated level of pTau181 protein in the blood. Patients will be randomized to treatment over six months with 5 mg, 10 mg or placebo once a day.

Key efficacy endpoints will be those that have shown Xanamem effect in prior trials: the Clinical Dementia Rating scale - Sum of Boxes (CDR-SB) and the Cogstate computerized test battery of attention and working memory.

The trial will commence in the first half of 2023 with results expected in late 2024.

"The FDA approval of our upcoming Phase 2b Alzheimer's Disease trial is a significant milestone for the Company. This is a testament to the expertise of our management team, advisors and clinical investigators around the world.

"The Company, guided by CEO Steven Gourlay, has delivered two positive clinical results this year as well as the successful completion of nonclinical and manufacturing activities. We look forward to more good news in 2023 as we commence enrolment in the XanaMIA Phase 2b Alzheimer's Disease trial and continue with the XanaCIDD Phase 2 Depression trial."

Actinogen Medical (ACW) is an ASX-listed, biotechnology company developing a novel therapy for neurological and neuropsychiatric diseases associated with dysregulated brain cortisol. There is a strong association between cortisol and detrimental changes in the brain, affecting cognitive function, harm to brain cells and long-term cognitive health.

Actinogen is currently developing its lead compound, Xanamem, as a promising new therapy for Alzheimer's Disease and Depression and hopes to study Fragile X Syndrome and other neurological and psychiatric diseases in the future. Reducing cortisol inside brain cells could have a positive impact in these and many other diseases. The cognitive dysfunction, behavioural abnormalities, and neuropsychological burden associated with these conditions is debilitating for patients, and there is a substantial unmet medical need for new and improved treatments.

Xanamem's novel mechanism of action is to block the production of cortisol inside cells through the inhibition of the 11-HSD1 enzyme in the brain. Xanamem is designed to get into the brain after it is absorbed in the intestines upon swallowing its capsule.

Chronically elevated cortisol is associated with cognitive decline in Alzheimer's Disease, and Xanamem has shown the ability to enhance cognition in healthy, older volunteers. Cognitive impairment is also a feature in Depression and many other diseases. Cortisol itself is also associated with depressive symptoms and when targeted via other mechanisms has shown some promise in prior clinical trials.

The Company has studied 11-HSD1 inhibition by Xanamem in more than 300 volunteers and patients, so far finding a statistically significant improvement in working memory and attention, compared with placebo, in healthy, older volunteers in two consecutive trials and clinically significant improvements in patients with biomarker-positive mild AD. Previously, high levels of target engagement in the brain with doses as low as 5 mg daily have been demonstrated in a human PET imaging study. A series of Phase 2 studies in multiple diseases is being conducted to further confirm and characterize Xanamem's therapeutic potential.

Xanamem is an investigational product and is not approved for use outside of a clinical trial by the FDA or by any global regulatory authority. Xanamem is a trademark of Actinogen Medical. 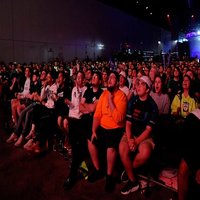 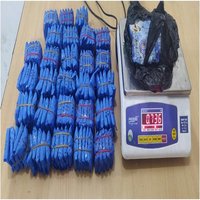