Accompanied by Iriana, Peng watched exhibitions of local musical instruments, costumes, rattan-weaved products, embroidery and ecological foods. She also witnessed the production process of traditional Indonesian handicrafts, including palm leaf weaving, and stamping of patterns of the G20 Summit logo and flowers on a woven bag.

During the event, Peng appreciated Indonesia's idea of combining handicrafts with women's empowerment, poverty eradication and ecological conservation. She noted that the two countries could strengthen cooperation in related fields and contribute to regional industrial poverty alleviation and ecological protection.

In the past few years, the cultural communication between China and Indonesia has been enhanced. In 2021, a music workshop of gamelan, one of the most popular forms of traditional music in Indonesia that features xylophones, drums, gongs and other instruments, opened at Guangxi Arts University in south China, making it possible for the Chinese to learn and enjoy the local music.

In November 2022, four books were released in Indonesia at the Indonesia International Book Fair by China's Social Sciences Academic Press and Yayasan Pustaka Obor Indonesia. The books, including "The Chinese Dream and the Chinese Road," "Hope for a Populous Nation," "2050: China's Low-carbon Economic Transition" and "On the Agricultural Transition of a Big Country" are the latest results of a literature translation project undertaken by the two countries. Under the project, more books narrating China's development and cultural heritages enter Indonesia.

The people from Chinese and Indonesia have enjoyed a friendship with a long history, and both countries have witnessed robust people-to-people exchanges in recent years, said Peng during a meeting with Indonesian First Lady Iriana Joko Widodo in July 2022.

Indonesia has offered visa-free policies for Chinese tourists since 2015, enabling them to stay in the country for no more than 30 days. In 2018, over 2.1 million tourists from the Chinese mainland visited Indonesia, accounting for 13.52 percent of all of its international visitors, data by the country's Statistics Bureau Agency showed. 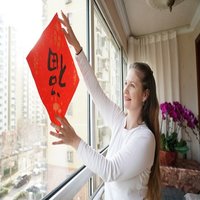