ABU DHABI, UAE, Nov. 11, 2022 /PRNewswire/ -- Africa could capture as much as 10 percent of the global green hydrogen market, helping to create up to 3.7 million jobs and adding as much as US$120 billion to the continent's gross domestic product (GDP), according to a landmark report issued jointly by Masdar and its Abu Dhabi Sustainability Week (ADSW) platform on the sidelines of the 2022 United Nations Climate Change Conference (COP27).

Africa's plentiful solar and wind resources could be leveraged to produce 30 to 60 million tonnes per annum (mtpa) of green hydrogen by 2050, about 5 to 10 percent of global demand, according to the report, "Africa's Green Energy Revolution: Hydrogen's role in unlocking Africa's untapped renewables," produced with analytical support provided by McKinsey & Company.

An African hydrogen industry with that production capacity would likely create 1.9 to 3.7 million jobs and boost GDP by as much as US$60 to 120 billion by 2050, the report finds.

Mohamed Jameel Al Ramahi, Masdar Chief Executive Officer, said, "This report provides a blueprint for African nations to deliver sustainable, low-carbon growth while extending energy access across the continent. Green hydrogen has the potential to reduce emissions, unlock economic opportunities, and create new and valuable jobs for countries across the Middle East and North Africa region. Masdar has long recognized green hydrogen's potential, with investments as far back as 2008. With several green hydrogen projects underway today around the world - including a number in Africa - we look forward to continuing to work closely with our African partners to maximize the many achievable benefits of green hydrogen highlighted in this report."

Africa could be among the most competitive sources for green hydrogen in the world, the report shows, with a cost of US$1.8 to 2.6 per kilogram (kg) in 2030, further decreasing to about US$1.2 to 1.6 per kg by 2050 as hydrogen production technology matures and renewable energy costs continue to decline.

Proximity to demand centers in Europe and Asia also optimally positions the continent to build an export-oriented hydrogen sector, the report suggests, noting African energy exports via green hydrogen and derivatives would reach 20 to 40 mtpa by 2050.

Masdar Director of Asset Management and Technical Services, Mohammad Abdelqader El Ramahi, said: "Scaling up green hydrogen is an opportunity to not only build a robust global-export sector on the African continent, but also to accelerate the deployment of renewable energy overall. The grid-connected renewables used for green hydrogen production can feed energy into the grid to provide affordable clean energy to under-resourced areas - notably, in Sub-Saharan Africa, which has an average electrification rate of only 48 percent."

Enabling production on the scale of 30-60 mtpa would require between 1,500 and 3,000 terawatt hours (TWh) of renewable energy - equivalent to more than 50 times Africa's current total production from solar and wind, the report states. The largest share of the investments (US$320- 610 billion) would go to the renewables needed to produce the hydrogen, followed by electrolysis plants (US$115-220 billion). For export projects, most of the needed capital is expected to come from foreign investors, according to the report.

Abu Dhabi's clean energy company, Masdar, is advancing the commercialization and deployment of renewable energy, sustainable urban development and clean technologies to address global sustainability challenges. Wholly owned by Mubadala Investment Company, the strategic investment company of the Government of Abu Dhabi, our mandate is to help maintain the UAE's leadership in the global energy sector, while supporting the diversification of both its economy and energy sources for the benefit of future generations. Today, Masdar is active in over 40 countries, including the UAE, Jordan, Saudi Arabia, Mauritania, Egypt, Morocco, the UK, the US, Australia, Serbia, Indonesia, Uzbekistan, and many more.

Abu Dhabi Sustainability Week (ADSW) is a global initiative championed by the UAE and its clean energy powerhouse, Masdar, to accelerate sustainable development and advance economic, social, and environmental progress. Established in 2008, ADSW brings together heads of state, policy makers, industry leaders, investors, entrepreneurs and youth, to discuss and engage on bold climate action and innovations that will ensure the next generation a sustainable world. ADSW will continue to build on its global momentum during COP27, offering a series of events that will take place from November 9-17, enabling impactful dialogue between global stakeholders on practical, pro-climate, pro-growth solutions for a net-zero future. The ADSW Agenda from COP27 will feature leaders from a variety of sectors, including clean energy, technology, government, and financial institutions. It will also feature meetings of Masdar's strategic platforms Women in Sustainability, Environment and Renewable Energy (WiSER), Youth 4 Sustainability (Y4S), and the Zayed Sustainability Prize. 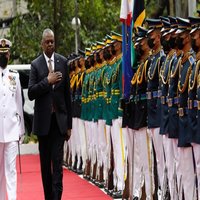