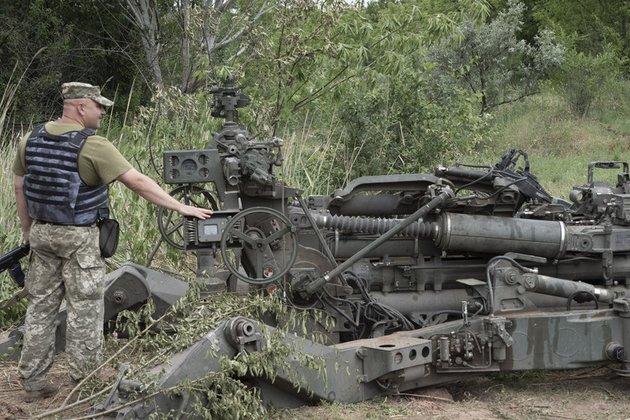 The US Senate voted on Thursday to pass a funding bill which includes $12 billion in additional military and economic aid for Ukraine. Twenty-two Republicans joined their Democrat colleagues to pass the bill, which comes after the US has already allocated around $55 billion to Kiev since February.

The bill serves the twofold purpose of funding the government to prevent a shutdown at the end of the week and providing another mammoth cash injection to Ukraine's military and economy. It would set aside $4.5 billion for the Ukrainian government, $3 billion for weapons and military equipment, and additional funding to replenish US weapons already sent to Ukraine and to allow the transfer of more arms from American stockpiles.

The US has already set aside around $55 billion to prop up Ukraine's government and armed forces since February, including a $40 billion package of military and economic assistance passed in July. The latest bill is expected to pass in the House of Representatives on Friday before being signed into law by US President Joe Biden, at which point the US will have committed more military aid to any foreign country in a year since the Vietnam War.

The bill passed by 72 votes to 25, with 22 Republicans crossing party lines to ensure its easy passage in the evenly-divided Senate.

While former President Donald Trump has accused the Biden administration of risking the outbreak of "World War III" by pouring weapons into an active conflict with a nuclear power, the Republican establishment does not share his caution.

"Assisting Ukraine is not some feel-good, symbolic gesture. It's literally an investment in our own national security and that of our allies," Senate Minority Leader Mitch McConnell, who backed the bill, said before Thursday's vote. McConnell did not explain the relation between Ukraine's national security and America's.

According to a list released by the Pentagon on Wednesday, the US has delivered $16.9 billion worth of weapons to Ukraine since February. This list includes 16 High Mobility Artillery Rocket Systems (HIMARS), over 150 artillery pieces, tens of thousands of anti-tank missiles and nearly a million artillery shells.