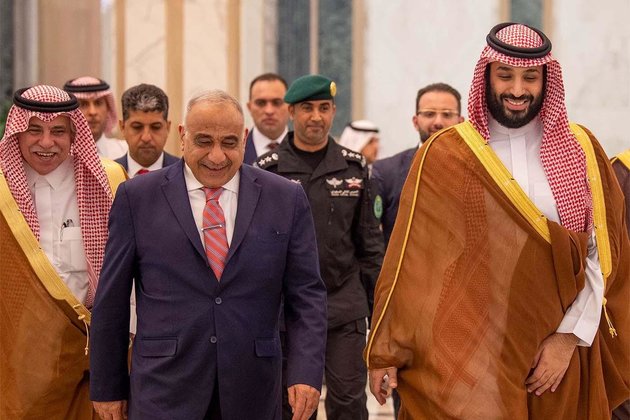 A senior Iranian lawmaker says Iraqis have been trying to mediate between Iran and Saudi Arabia and this is a good chance for the Iranian foreign ministry to play a key role. Iraqi Prime Minister Adel Abdul Mahdi and Saudi Crown Prince Mohammed bin Salman meet on April 18, 2019

Chairman of the Iranian Parliament's National Security and Foreign Policy Committee Heshmatollah Falahatpisheh says the Iraqi officials are doing their best to reduce tensions between Tehran and Riyadh.

In an interview with Tasnim News Agency, he maintained that some of the regions in the Muslim world are prone to crisis and one of these regions is Iraq.

The Iraqi government knows that if tensions between Iran and Saudi Arabia are not resolved in the near future, a crisis may spill over to this country.

He further emphasized that Iraq is in its transition period and knows how important security is to the country. That's why the resolving of tensions between Iran and the Arab states has turned into a strategy in Iraq today, stated Falahatpisheh.

Many believe the consecutive visits are aimed at mediating between Iran and Saudi Arabia, the two arch-rivals.